I feel for Google – Steve Jobs threatened to sue me, too.

In 2003, after I unveiled a prototype Linux desktop called Project Looking Glass*, Steve called my office to let me know the graphical effects were “stepping all over Apple’s IP.” (IP = Intellectual Property = patents, trademarks and copyrights.) If we moved forward to commercialize it, “I’ll just sue you.”

My response was simple. “Steve, I was just watching your last presentation, and Keynote looks identical to Concurrence – do you own that IP?” Concurrence was a presentation product built by Lighthouse Design, a company I’d help to found and which Sun acquired in 1996. Lighthouse built applications for NeXTSTEP, the Unix based operating system whose core would become the foundation for all Mac products after Apple acquired NeXT in 1996. Steve had used Concurrence for years, and as Apple built their own presentation tool, it was obvious where they’d found inspiration. “And last I checked, MacOS is now built on Unix. I think Sun has a few OS patents, too.” Steve was silent.

And that was the last I heard on the topic. Although we ended up abandoning Looking Glass, Steve’s threat didn’t figure into our decision (the last thing enterprises wanted was a new desktop – in hindsight, exactly the wrong audience to poll (we should’ve been asking developers, not CIO’s)). 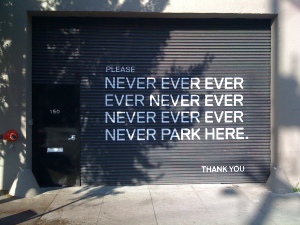 As in life, bluster and threat are commonplace in business – especially the technology business. So that interaction was good preparation for a later meeting with Bill Gates and Steve Ballmer. They’d flown in over a weekend to meet with Scott McNealy, Sun’s then CEO – who asked me and Greg Papadopoulos (Sun’s CTO) to accompany him. As we sat down in our Menlo Park conference room, Bill skipped the small talk, and went straight to the point, “Microsoft owns the office productivity market, and our patents read all over OpenOffice.” OpenOffice is a free office productivity suite found on tens of millions of desktops worldwide. It’s a tremendous brand ambassador for its owner – it also limits the appeal of Microsoft Office to businesses and those forced to pirate it. Bill was delivering a slightly more sophisticated variant of the threat Steve had made, but he had a different solution in mind. “We’re happy to get you under license.” That was code for “We’ll go away if you pay us a royalty for every download” – the digital version of a protection racket.

But fearing this was on the agenda, we were prepared for the meeting. Microsoft is no stranger to imitating successful products, then leveraging their distribution power to eliminate a competitive threat – from tablet computing to search engines, their inspiration is often obvious (I’m trying to like Bing, I really am). So when they created their web application platform, .NET, it was obvious their designers had been staring at Java – which was exactly my retort. “We’ve looked at .NET, and you’re trampling all over a huge number of Java patents. So what will you pay us for every copy of Windows?” Bill explained the software business was all about building variable revenue streams from a fixed engineering cost base, so royalties didn’t fit with their model… which is to say, it was a short meeting.

I understand the value of patents – offensively and, more importantly, for defensive purposes. Sun had a treasure trove of some of the internet’s most valuable patents – ranging from search to microelectronics – so no one in the technology industry could come after us without fearing an expensive counter assault. And there’s no defense like an obvious offense.

But for a technology company, going on offense with software patents seems like an act of desperation, relying on the courts instead of the marketplace. See Nokia’s suit against Apple for a parallel example of frivolous litigation – it hasn’t slowed iPhone momentum (I’d argue it accelerated it). So I wonder who will be first to claim Apple’s iPad is stepping on their IP… perhaps those that own the carcass of the tablet computing pioneer Go Corp.? Except that would be AT&T. Hm.

Having watched this movie play out many times, suing a competitor typically makes them more relevant, not less. Developers I know aren’t getting less interested in Google’s Android platform, they’re getting more interested – Apple’s actions are enhancing that interest.

Sun was sued numerous times – most big companies are sued almost constantly by entities or actors whose sole focus is suing others. Groups with no business focus other than litigating patent suits are affectionately known as trolls – pure litigation entities. (For good humor, read this, an application to patent the act of trolling. If granted, it would give the patent holder a reciprocal claim against a patent troll.)

The most egregious of such suits was filed against Sun by Kodak (yes, the film photography people).

Egregious, because Kodak had acquired a patent from a defunct computer maker (Wang) for the exclusive purpose of suing Sun over an esoteric technology, Java Remote Method Invocation (“Java RMI” – not exactly the first thing that comes to mind when you hear “Kodak”). Given how immature Kodak’s technology business was (they were just starting out in the digital world), we had little we could respond with – I suppose we could’ve hunted for a Wang-like opportunity to hit at their core, but Kodak was a customer, which certainly complicated things, and the time and expense involved would’ve been prohibitive.

Their case was eventually heard before a jury in Rochester, New York, famous for being home to… the Eastman Kodak company. Lo and behold, the local jury decided Sun should pay Kodak more than a hundred million dollars. So here’s something I could never say as Sun’s CEO.